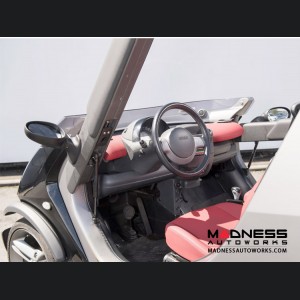 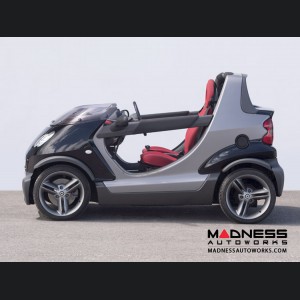 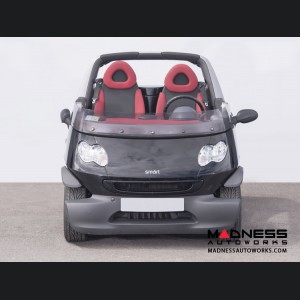 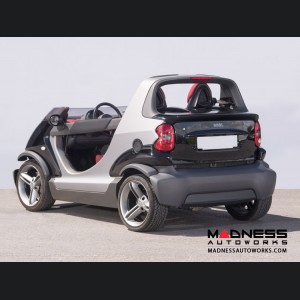 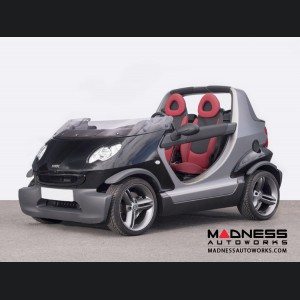 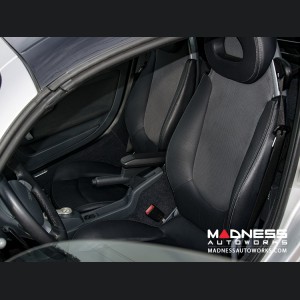 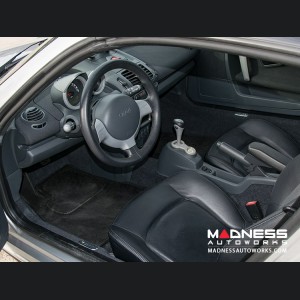 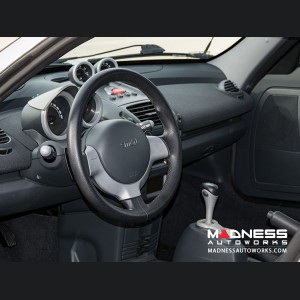 Something for that truly special smart fanatic!

If you a fan of smart cars, then you may already know this is the "Holy Grail" of smart models.

The smart Crossblade was a limited series of specially made models that were first unveiled by the manufacturer in 2002 and made available in very limited numbers (2,000) and was only made available in Europe. It was and still is regarded as the most valued and most exclusive model of the smart.

In the early years of release less than a handful of these cars made their way to North America. A small group of enthusiasts brought them over at great expense. A couple of them actually got titled and registered in US. This is one of them. This particular Crossblade carries a US assigned VIN Plate and is titled in Pennsylvania. We purchased this vehicle several years ago from a fellow collector and enthusiast and have had it on display at our Texas Facility. It sits proudly in our showroom and has been used exclusively for display at select car shows and used several times as a parade car.

The vehicle is in "like new" condition with everything functioning as it should. While in our ownership we have completely serviced it top to bottom and replaced any worn or broken parts (speaker grill, knobs, etc) and it shows great. It runs like new and can be driven anywhere (provided it is not raining).

If you are looking for something really unique and one of a kind this surely goes at the top of the list. We own many custom vehicles and no other vehicle we have ever driven gets as many heads turning and as many thumbs up!


In case you are not very familiar with the model here is a little more info:


The smart Crossblade came with no windshield and doors but instead, it had an air deflector in place of a regular windshield. The interior was designed to be water resistant and has a number of unique features that are not found in many other vehicles.

This 2002 smart Crossblade is powered by a Brabus-tuned inline turbocharged three cylinder engine. This particular example lived on its previous owner’s mega-yacht before being acquired by us several years ago. It has covered a total of just 3500 kilometers (~2200 miles) from new. This model was never sold in the United States, but the previous owner was able to acquire a federal replacement VIN and it is sold with a clean Pennsylvania title.

The car is mechanically unmodified, and wears its original three-lug alloy wheels. The black side panels which comprise the door sills and roll hoop were originally wrapped in silver vinyl, which has since been removed (which kept the panels in excellent shape).

The door bars swivel up and out for ingress and egress. The few painted exterior panels hold a good shine consistent with the car’s low mileage.

The interior is simple and consists of durable, weather resistant materials throughout. Upholstered surfaces show well and are in excellent condition.


Stock pictures used. The vehicle looks identical to the one pictured. Additional pictures of the actual vehicle coming soon.

We can assist with shipping this vehicle anywhere in Continental US through our shipping partners if you are outside of Texas.